You are at:Home»Admissions»What LSAT Score Do You Need For Northwestern Law?
FacebookTwitter

What LSAT and GPA numbers do you need to get into Northwestern University Law School? 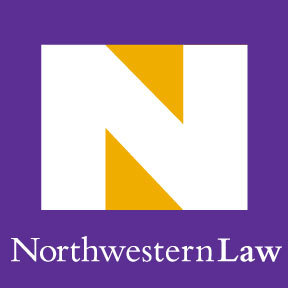 A high LSAT score is going to significantly help your chances of admittance to Northwestern Law. To be a highly competitive applicant you need LSAT score in the high 160 range and an undergraduate GPA in the 3.75+ range.

These LSAT and GPA numbers for Northwestern University Law School (Class of 2021) will show you what LSAT and GPA might help win you entry to the school:

LSAT Score to get into Northwestern University Law School

GPA to get into Northwestern University Law School

It is worth noting that the GPA range for students at NU Law spans a little lower than for the rest of the Top 14 schools. This is partly an indication that Northwestern is selecting its applicants on consideration of more than numbers alone. It is common knowledge in the legal world that Northwestern favors applicants with business experience who have already shown an ability to succeed in the working world. Northwestern Law states on their website:

Continuing our strong emphasis on enrolling students with work experience, 90% possess at least one year of post-undergraduate experience and 70% worked at least two years prior to entry.” (source)

A robust background in business or other work experience may go some way to giving a boost to students, even if their LSAT or GPA is not on the high side for Northwestern applicants.

Applicants may also wish to take advantage of Northwestern’s unique applicant interviewing program. Northwestern offers anyone desiring to do so an opportunity to interview with admissions staff or alums. Northwestern says,

“Interviews provide the Admissions Committee with additional information about your interpersonal and communication skills, maturity, and motivation. Interviews also help us preserve the strong sense of community and cooperative culture for which we are known. Finally, interviews provide you an opportunity to learn more about Northwestern Law.” (source)

Anyone with good interpersonal skills would be well advised to take advantage of the interviewing process, as applicants generally believe it provides a small boost to your chances.

If you are determined to get into Northwestern Law, make sure you positioned to do well on LSAT by studying effectively and using the right LSAT prep books: check out this post to learn how I got a 177 on the LSAT.