A couple of days ago University of Iowa announced that it was lowering tuition. Now, Penn State has followed suit, announcing a major slash to tuition for in-state students. From the Centre Dailey:

Penn State will cut the cost of tuition at The Dickinson School of Law $20,000 a year as part of a financial incentive that officials at the university hope will boost admissions at a time when law schools nationwide have seen fewer students enroll because of the economy and the cost of an education.

Basically, Penn State plans to give in-state students 50% off a year, the equivalent of a free semester, whereas before they had no in-state discount. 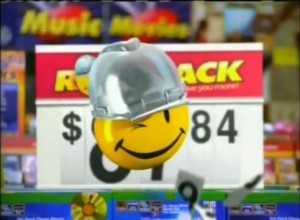 The cut comes in an attempt to rectify low enrollment figures at the university, which last year had 132 students join the first year class, down significantly from 2010, when the incoming class numbered 225 students.

Support from the broader university should allow non-independent law schools like Penn-State to cut base tuition costs, and conditions in the market are making that the best possible option.

Most law schools have until now have until now sought to bolster enrollment through scholarships for highly qualified students, leaving the bulk of students out of the bargain. That strategy, however, isn’t working really well: whereas less qualified students used to be happy to pay full price, they have smartened up and are less willing to enter a weak job market at high cost. The result has been steadily dropping enrollment, especially at schools further down the U.S. News rankings food chain.

To reverse the trend, more schools have to do what U of Iowa and Penn State are doing, and lower the base tuition costs so that it’s cheaper for a wide range of students, not just the ones with great LSAT scores. U of Iowa gets a full applause for lowering tuition for everyone. Penn State certainly deserves enthusiastic applause from Pennsylvania residents, even if they are the only ones clapping.

Penn State’s non-resident tuition is still very high at $41,088 (2013-2014). However, this price cut brings in-state tuition down to something approaching the realm of “reasonable.”

That’s just fine. In the near future I expect public universities to out-compete comparably ranked regional law schools when it comes to educating that state’s future lawyers. While the days of legal education as a profit-engine are over, as least for the near term, states will still retain a big interest in creating lawyers. They should be willing to shoulder a greater proportion of the cost of education than private universities and thereby can offer more attractive prices to law students.

If you aren’t pursuing an elite law school, you can and should try to take advantage of the deeper discounts that your state’s public law schools may be able to offer. If your numbers aren’t enough to draw big scholarship offers somewhere, it’s generally the only remaining decent option.

Are More Cuts On The Horizon?

When University of Iowa reduced cost, I predicted that we’ll start seeing more and more cuts from law schools. To keep track of the changes, we are starting “Law School Cost Watch,” a series of posts to keep a close eye on developments in law school tuition.

Hopefully, I have to write one of these at least once a week. That’s going to depend on the law schools. Will more smarten up and start cutting costs? Time will tell.

Iowa and Penn State’s cuts only brought them in line with comparable schools that were already offering better prices. It may be a bit before we see any price drops that significantly undercut the status quo. I’m really hoping it’s sooner rather than later.

Please feel free to help out with law school cost watch. If you learn of a law school that has lowered tuition, even if it’s just a little bit, please let us know in the comments to any post or on twitter @onlawschool