Who Should I Ask For My Letters of Recommendation?

This is a question that we get very frequently in the Mastermind Study Group: Who should I ask for my LORs (Letters of Recommendation)?

How Many Letters of Recommendation Do You Need?

Most people will be happy to learn that just two letters of recommendation is generally considered the ideal.

Three is acceptable, but you should use three only if you think your circumstances call for it and if you are certain that each recommendation will be strong/not redundant.

Whether you get two academic references or both from an employer or a mix is a function of how long you have been out of school. Make sure you check to see if the schools that you are applying to give any specific guidelines, but generally those recently out of school or still in school should only get academic references. Those three to six or so years out might consider one of each. Those who have not been in school for a long time (~10 years or more) might feel they have to just get them from employers.

Note, however, that law school is an academic pursuit, and generally speaking law schools are going to be most concerned with testimony that speaks to your academic potential. For this reason, even those who have been out of school a long time might want to try to get an academic reference if they still think they can get a good one.

The University of Berkeley, California, gives its undergrads and alum the following guidance:

Even when you get a career reference, you are looking for something with an advanced degree. Law school is, after all, a post-graduate degree, and someone from that background can better testify to your potential to thrive in that environment.

However, focus on the academic reference/s as the most important part of the LOR picture: the Admissions Dean of Yale Law has gone so far as to say that failing to secure two academic recommendations from professors that actually taught you is a major blunder. Yale, as the top school and a place that churns out future professors, always has a slightly different perspective, but it’s worth reading her justification.

Then How Do I Pick The Specific Person To Be My Recommender?

Let’s highlight the note from above: letters from family friends, political figures, judges, and the like usually are discouraged and may, in fact, be detrimental.

Gone, thankfully, are the days of nepotism where how connected they are might have conferred an advantage on privileged applicants. In fact, try to get a recommendation from someone, no matter how important, who hardly knows you, and you will be highly likely to hurt your application.

Considering these three factors is the best way to avoid getting damned with faint praise, and raises the chances of getting a letter of recommendation that actually makes a difference.

I feel like the last factor is most neglected, but can be a difference maker. I, for example, picked an English professor who I knew had a way with words and it turned out to be a great decision. She wrote a recommendation that really glowed, but also felt sincere.

The first two factors, however, are the real key. So find a professor that knows you and likes you (and if you are still in school, make sure you are building such relationships). If a professor really genuinely likes you and thinks you did great work in their classes, that is going to come through in their letter.

Any other questions about how to choose your recommenders for law school LORs? Let us know in the comments! 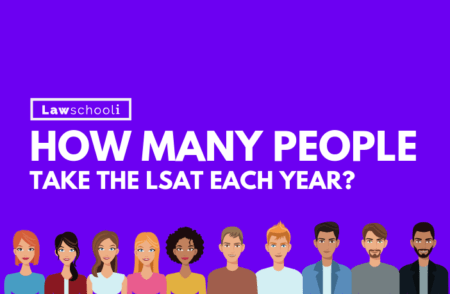 How Many People Take the LSAT Each Year? 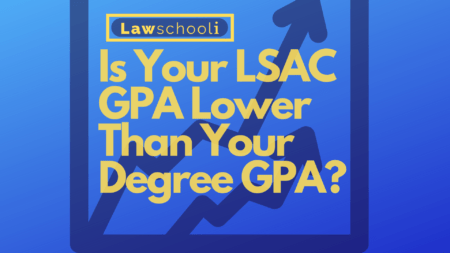 Is Your LSAC GPA Lower Than Your Degree GPA?