The Top 5 Hacks for Mastering The LSAT

Someday, maybe America will be more like the movie Gattaca, and they’ll be able to tell which law school we belong in (or whether we belong in law school at all) just by scanning our genetic material. Until then, we are stuck with the LSAT, which is like the Harry Potter sorting hat from hell. In about 6 months or so, you are expected to go from not really knowing what the LSAT even is to mastering it.

LSAT Hack #1: Remember That You Are Competing

No, the LSAT is not curved. (See our LSAT myth-busters post.) That does not, however, change the fact that you are competing with the rest of the applicant pool for spots in law school. Most of that competition happens right here on the LSAT — about 70% of whether you get into X law school will be determined by how you stand on the LSAT relative to other applicants. Thinking about this should change your approach.

If you are watching the Olympics this week, every single athlete is there because they are a total freak, training and just living in the zone all the time. Really, when I got into a top school after working my a** off on the LSAT, I realized that it was the same thing for the people at the top there. They had all prepped like crazy for the LSAT. I’d say the minimum was 2.5 months of really hard study. Many did a lot more.

Luckily for you, about 80% of LSAT takers really don’t do a whole lot to prep. They just poke at some prep books and maybe take a few preptests. I’ve got some tough words for you here: If you are going to slack on the first thing that you have to do to get into law school, you are better off not being a lawyer. The highly motivated types are going to kick you all over the place for the rest of your career.

The most cringe-worthy thing I see is people slacking on the LSAT, going to whatever school they get into than hoping to transfer out with hard work in their 1L year. The problem is that everyone one your classmates will have that same plan, yet only a few will be able to transfer out.

Compete now and win when it’s way easier because the rest of the crowd doesn’t even know they are competing. Stick to this study schedule and we promise you’ll be way ahead of the lazy crowd in terms of time invested.

Having read the above, I think (or certainly hope at least) that you are going to start out studying strong. That’s how it always goes right? You begin something and the adrenaline or whatever is flowing (I doubt it’s adrenaline because we are talking about studying here, but something’s flowing) and you put a ton of effort in at first.

Gradually, however, the thin edge of the wedge of laziness creeps in or your motivation starts to flag. I think it’s usually about a month in with LSAT prep, at the point where you realize that damn, this is hard. At this point, a lot of people give up. Instead, try to realize that if you simply keep going, you will get out of the dip. Studying will get less tiresome and you’ll start to see more improvement for your effort.

I think merely knowing that the dip is coming can help you avoid it much of the time, but my other is advice is this: when the dip hits hard, it might be best to just cancel the LSAT and take it at a later date. Too many people limp along towards the test half-heartedly and take it, feeling like they are committed just because of a $165 registration fee. Guess what, those people almost always end up retaking or, if they don’t, they probably should retake.

There is a way that good LSAT prep looks and feels. It is 3 months or more of steady improvement until you take the test at the peak of your abilities. If you can’t sustain the momentum going into the test, just do it some other time. It will still be waiting unless law schools stop requiring the LSAT in which case hey, great news.

The way the LSAT works is that each section contains some easy questions, a whole lot of medium difficulty questions, and then a handful of really hard ones. Every single one of these questions is worth the same amount. Here’s the deal, if you aren’t scoring near the 170’s, you don’t want to waste a significant amount of time on the crazy hard questions. Those questions are designed to separate out the really high scorers from one another.

You can and should do these questions in practice. They are extremely valuable practice and will make their easier ones feel even easier. On practice tests and on the actual test day, however, you have to have a game plan. If you tend to always get five questions wrong per section, I would certainly avoid spending a lot of time on the hardest couple questions on each section. Your time and effort is better spent on the other questions. Do this, and you may find that you only get those two that you skip wrong, rather than a whole five.

After you’ve read a question and realize that it is super, super hard, eliminate easy wrong choices and bubble in a guess answer, but then quickly move on. Circle the question so you can come back if you have time, but otherwise don’t even worry about it. It’s not worth it to spend 5 minutes on a question when there are other easy points to grab. Go get those easy points!

I bet everyone figures this out eventually, but the earlier in your prep you learn it, the easier it is to start building a correct strategy. Throughout your practice, you want to keep gradually building in terms of the number of questions you are able to attempt and solve with a high rate of accuracy.

A major problem with most of the prep stuff out there is that it doesn’t tell you what is REALLY important and what’s  just a finishing touch. You may feel, rightly, that you are being hit with a wave of information and have to sort it out yourself.

The main thing to focus on is the conditional reasoning. To me, that’s your foundation around which the rest of your LSAT skills build. In my tutoring days, I would encounter people who were a month plus into their LSAT prep and didn’t have a good handle on conditional reasoning. You don’t want to be in that boat.

LSAT Hack #5: Get A Voice Inside Your Head

Always, always always, when I’m trying to get better at something, I’m trying to reproduce the thinking process of someone who’s already good at it. We aren’t traveling to Mars here. A lot of other people have done this before and can help you do it right too.

To do this, I suggest you use the top “hacker” in the business. Graeme Blake has made explanations for nearly every single preptest in his “Hacking The LSAT” series. The reason I recommend his rather than all the other ones out there is that he does a better job bringing you inside his head.

Now, the problem with using explanations is that you should not let them do the thinking for you. You have to take the test after all (unless you have a million dollars, then maybe we can talk about arranging something). Here’s what you should do:

Do the problems on your own (of course), then review them BEFORE you even look at the answers or these explanations. After you’ve done your best to solve any difficult problems on your own, correct the test using the explanations. Eventually, you’ll find you have a voice inside your head developing, that of a really great test taker. Next thing you know, you ARE a really good test taker! It’s kind of creepy, but it works.

Well, these have been the top 5 LSAT hacks, there are about a 100 more in the Hacking The LSAT books. They are super cheap, and it’s basically like having an LSAT tutor along with you while you study.

Good luck to all June LSAT takers as we at lawschooli.com start another season of free LSAT advice. We will be here to answer any and all questions you have. Just use the comments to any post! 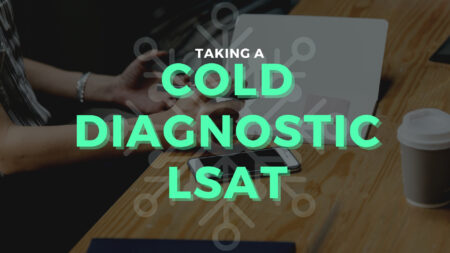 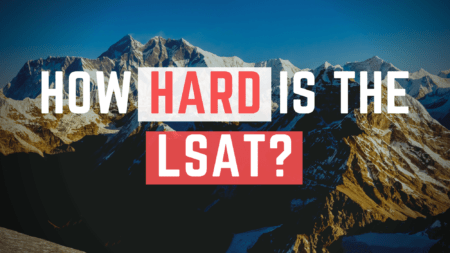 How Hard Is The LSAT, Really?