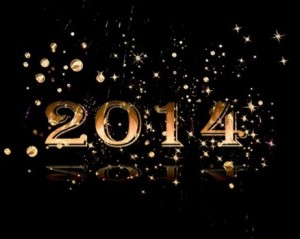 Happy New Year’s future law students! I hope you had a good one. December LSAT scores came out today, so that will either start 2014 off with a bang, or you’ll be headed back to the drawing board to get your score right. Also, we know we have a ton of our readers who have yet to take the LSAT. For those who might take it in 2014, I want to offer some New Year’s advice that I hope will help guide you to a great score.

If you been reading our blog for the past 6 months that it’s been around, you know that our big spiel is that most LSAT students don’t do enough to study for the LSAT. What happens? They end up with a subpar score.

We are on a two man crusade to prevent this, mostly because we don’t want students paying a lot to go to schools that offer poor job prospects.

So, our New Year’s Resolution is to get you into Group A. Here’s how we are going to do it together:

Your New Year’s LSAT Resolution: Be In The 20 Percent

In law school you may encounter something called the Pareto principle, more commonly known as the 80/20 rule, or the law of the vital few. This law states that for many events, about 80% of the effects come from roughly 20% of the causes (source: wikipedia) So for example, Microsoft found out by fixing the top 20% most reported bugs in it’s software, 80% of the errors and crashes were eliminated. This 80/20 rule holds true for a lot of different phenomenon– In looking at wealth distribution, it’s generally found that 20 percent of a population owns 80% of the resources. Zoom in on just that top 20%, and you’ll see that only 20% of them own 80% of the resources for that group, and so on. If you are curious to see more examples, click on that wiki link above.

So how does this apply to LSAT study? The key intuition here comes from thinking back on my time as a professional LSAT tutor and teacher — it was vastly apparent to me that only a small part of the LSAT students I encountered were doing the lion share of the studying. Everyone else was pretty much just screwing around. Though they would poke at their study materials a little here and there, they weren’t doing too much. Basically, they were slackers.

Now slacking is very charming in high school. See the above video. But now you are trying to be a lawyer, and that, my friends, is serious business.

For LSAT study in 2014, I want you to be sure you are in the 20% who preps intensely for the LSAT. If you can’t do it, you are better off not trying this lawyer game at all. Now that might sound a little harsh, but the top 20% dominates in law. If you can’t be in that group for the first thing you do, studying for the LSAT, then it’s probably better if you try to play some other game where you know you can be in the vital few.

Now I’m not talking about a top 20% score on the LSAT (about a 160 or better), though that’s definitely what you are aiming for. I’m talking about the amount of work you put in to studying. If you can put yourself in this top 20% when it comes to effort in prepping, I’m betting you will get a top 20% or better score, but that’s not the point.

The point is that you need to know something about yourself right now: That you can go up against a group of potential law students right now and work harder than 80% of them.

Here’s the good news: if your are seeking out advice (which I know you are, cause you landed on this website) then you are already showing signs that you can be in the 20%. Most LSAT students just grab a few books from their local Barnes and Noble, take a handful of practice tests, and then show up to the test. That’s not how you study if you want to be a heavy hitter, plain and simple.

The heavy hitters study a lot, and it shows in their performance. When I was a tutor, almost all the good scores I saw came from the group that was putting in the work.

The game plan to be in the top 20 is easy. You need to do a lot of prep for the LSAT. If you follow something close to this 3 MONTH INTENSE LSAT PREP STUDY SCHEDULE, we promise you’ll be in the A group by a wide margin. Basically, it’s simple:

1. Get some resources to learn the LSAT. Our recommended study materials are here: How I got a 177 on the LSAT.

I hope that this simplified your LSAT goals for you. It’s really easy. Law school is a constant competition. Right now, in the first thing you do to become a lawyer, focus on winning that competition by putting in more effort than your competitors.

As always, we are here when you need advice. Just ask in the comments and we’ll get back to you quickly. Happy 2014!

FacebookTwitter
lsat advice LSAT Prep
Share. Twitter Facebook Google+ Pinterest LinkedIn Tumblr Email
Previous ArticleDealing With Your Biggest LSAT Logical Reasoning Nemesis: Parallel Reasoning Questions
Next Article Do You Have To Be Smart To Do Well On The LSAT?