These are the best LSAT explanations in terms of sales on Amazon and the best quality.

With LSAT explanations, it’s often good to start with ones that explain the problems using the system you are used too. So, if you learned using Powerscore methods for example, you should probably start off with Powerscore’s explanations. After you’ve done a good job reinforcing those skills, it’s fully okay to use other explanations. For me and, certainly, for many other successful test takers too, seeing things done multiple different ways actually helps strengthen your skills.

His books provide great explanations as well as an well-ordered look into his approach for attacking the questions- he breaks everything down very neatly so you understand his thought process before he moves on to discussing the answer choices. Everything is written in a nice conversational tone so you will feel like a friend is explaining the LSAT to you.

These explanations come separately from the test questions and they cover all four sections of each test.

If you want to get more acquainted with Blake, he’s a post he wrote for us: Five Things I Learned While Writing Thousands of LSAT Explanations.

The ‘LSAT Hacks’ books are also the cheapest option for LSAT explanations. REPEAT WARNING: They do not come with the actual LSAT preptests, so you will need your own copy. This actually can be a good thing because if you already bought the tests you won’t be paying for them again (books that include the tests have to pay a licensing fee to LSAC to use the test, and thus are more expensive).

Powerscore’s ‘LSAT Deconstructed Series’ is one of the best resources around that provides explanations for each LSAT questions on complete tests. They have done a ‘Deconstructed’ book for several recent preptests, including the December 2010 LSAT (preptest 66).

This book includes the full LSAT preptest 66 (so you don’t have to buy it separately for this one), followed by explanations of each and every question. On each question the authors provide an explanation of why the correct answer is, in fact, correct.

The ‘Deconstructed’ series of explanations has also covered a couple other recent preptests:

Nathan Fox, the guy behind Fox Test Prep, hasn’t covered many preptests yet, but the work he has done is high quality. His take on logical reasoning is a can’t miss. The Logical Reasoning Encyclopedia, also known as “Disrespecting The LSAT” is a collection of explanations for over 550 LR problems, along with the questions themselves reprinted. While it’s an explanations book, it also aims to teach you high-level strategy as you go along.

GET THE LOGICAL REASONING ENCYCLOPEDIA

In addition to the encyclopedia, Fox Test Prep’s explanation series: Cheating The LSAT, Breaking The LSAT, and Exposing The LSAT cover preptests 61, 62, and 63. Here, the tests come with the explanations so there is no need to buy those separately.

Just like Powerscore, Nathan discusses each and every answer choice, so you’ll always know why the right answer is right and why the wrong answers are wrong.

Taken alone, I actually prefer Nathan’s writing style to anything else. Nathan explains everything in a matter of fact and humorous voice that will convince you to believe what he himself believes: that LSAT questions aren’t that scary.

Nathan demystifies the process of attacking these questions so that you’ll know how to handle them with speed and confidence. However, those already using the Powerscore Bibles to learn LSAT strategy are probably better off sticking with the Powerscore ‘Deconstructed’ series, which employs the same terminology and techniques learned in the Bibles.

Be careful: Both Fox and Powerscore have handled preptest 62 and 63, so you probably don’t want to get both these two and the two from Powerscore that handle the same tests.

A Word on LSAT Explanations

LSAT explanations are not absolutely essential to your LSAT prep. A lot of students find they can, with effort, ultimately explain to themselves why something is right and why it’s wrong on their own. However, the modern explanations like Nathan Fox’s and Graeme Blake’s do a great job of teaching the LSAT while giving you the explanations. This extra effort that the authors put in really makes all the difference and raises the value of using LSAT explanations considerably. Also, for those using the Powerscore bibles (as we recommend you do), the ‘Deconstructed’ series of explanations from Powerscore are going to do a great job showing you how the techniques you learn in the PS Bibles apply to questions.

How To Use LSAT Explanations

The key thing with explanations is not to use them as a crutch. Do not jump to the LSAT explanations until you have made every effort to do the problem yourself AND tried to explain to yourself why the correct answer choice is correct and the other answer choices are wrong. This means following every step in the proper method of reviewing LSAT questions.

Again, LSAT explanations should be an extra step in your prep, not a substitute for trying as hard as you can to answer the questions and explain them to yourself. Yes everything is going to make sense after an expert explains it to you. However, unless you teach your brain how to make those leaps on your own it’s going to take longer to develop skill. Review questions thoroughly, then see how your reasoning and process of attacking the question matches up with that of an expert.

Where Can I Find Every Actual Official LSAT PrepTest?

Getting Started On The LSAT: A Complete Guide 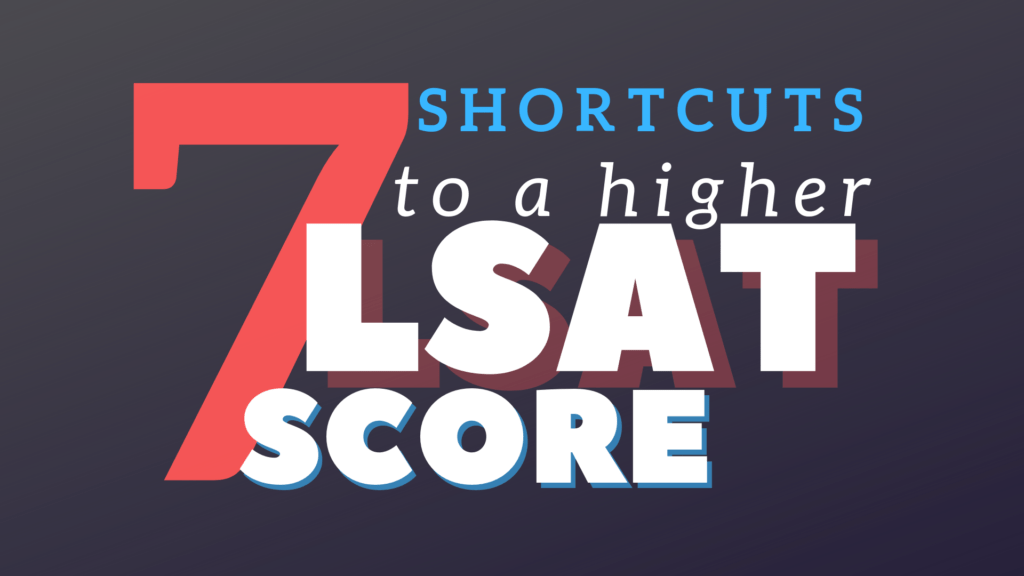 7 Shortcuts to a Higher LSAT Score