As a former law student myself, I hate the cliche that law students love to argue. If you look around at people, just about all of them love to argue. Law students aren’t any worse. In fact, if you are one of these very argumentative types, I suggest you take it down fives notches before you apply to law school (check out what the Yale Law Admissions dean had to say on this– if you are an argumentative law wonk, she’s not impressed).

What law students do like, however, is sounding smart. You probably won’t get any of them to own to it, but law students, way deep down in their secret hearts, don’t think they’ve had a really good conversation unless they’ve said at least two or three things that no “layperson” could understand. (In case you didn’t know, “layperson” is law talk for a “commoner”.)

With that in mind, here are 5 things that law students say that the rest of the world simply can’t understand. Learn this law school lingo and you’ll gain instant respect from any law student or lawyer you are talking with. This vocab might also come in handy if you are trying to pick up a cute lawyer up at a bar.

This should be number one on any list of sh*t law students say. ‘Incentivize’ means to “give someone the incentive (to do ____)” but that would take way to long to say. Really, using it just once in a conversation isn’t going to cut it. Apply it liberally anytime you are talking about policy. Every law professor felt it was necessary to remind his or her class that “incentivize” is not in fact a word, but that never stopped every student, and the professor too, from dropping the I-bomb every fourth sentence.

You might get annoyed with this word. I frequently felt incentivized to throw things at anyone who used it.

Used in a sentence: “That should incentivize whales to think about where they are swimming.”

Hypo is short for ‘hypothetical’. If you introduce a fictional situation in order to analyze the possible legal outcomes, you call that a hypo. Professors teach you using hypos and you are tested on your ability to analyze various hypos on a typical law school exam. Non-lawyers may understand this word, so I’m not fully sure it belongs on the list, but it’s one of the more common law student expressions you’ll hear. Anyways, know this: if you go to law school you’ll be eating, sleeping, and breathing hypos for the next few years.

Used in a sentence: “Here’s a hypo: you half-catch the baseball that Barry Bonds just hit to break the all time home run record, but then you drop it clumsily. Your girlfriend picks it up before anyone else can. Who do you think owns the ball?”

Generally, when you want to look smart, just say “moral hazard”, then walk out of the room. Moral hazard can explain any number of problems. It describes any situation where a party is allowed to make decisions regarding risks without bearing the full consequences of those risks if things go badly. So if you are gambling another person’s money, that creates a moral hazard problem. Basically, it’s the technical term for “that’s somebody else’s problem”. Moral hazard is often used to explain the risky banking behavior that led to the recent recession.

Used in a sentence: “Banks originated and sold all those subprime mortgages quickly without having to worry about their underlying value, creating a moral hazard.”

Calling something the Condorcet winner just means that is the choice most people prefer as compared with other choices. For example, even though Bush won the election in 2000, Gore was actually the Condorcet winner: more people voted for him than any other candidate.

The reason this concept is powerful is because of something called Condorcet Jury Theorem. CJT is the idea that if people making a decision have a better than 50 percent chance of being correct, then it’s better to add more people to the group whose making the decision. Adding more ‘jurists’ (decision makers) yields a better overall chance that the group as a whole will make the right decision. CJT is one reason why we have say, 12 people on a jury as opposed to just 1 or 2. Intuitively, you probably already understand CJT. CJT is why you often want a second opinion when you see a doctor.

However, law students usually just use the term “Condorcet winner” to refer to whatever is most popular. See the following example.

Used in a sentence: “Alright, it looks like Chinese food is the Condorcet winner tonight.”

Get to know this one, because if you plan to be a lawyer, you basically are a transaction cost. According to wikipedia: a transaction cost is a cost incurred in making an economic exchange (restated: the cost of participating in a market) (wikipedia).

So what are the transaction costs when you buy lemonade at a lemonade stand? Most laypeople would probably say “it’s the price you pay for the lemonade.” WRONG. It’s every other cost you incurred: walking to the lemonade stand, haggling with the kid over the price, and the time it takes to draw up an appropriate contract for a refund if the lemonade is terrible.

If none of that makes sense, that’s fine. Just mumble “transaction costs” at a cocktail party and all the lawyers will come running over.

Now you already know some key law school/lawyer jargon. Go forth and find a wife or a husband with a high-paying firm job. In most cases, that’s much easier than actually being a lawyer.

You may have noticed that some of these terms are incredibly boring. That’s life a law student. If you don’t think you are going to be fascinated by learning concepts like “moral hazard” and “Condorcet jury theorem”, then I have news for you: law school is going to bore you to tears. Go race cars or whatever it is that really fun people do for a living. 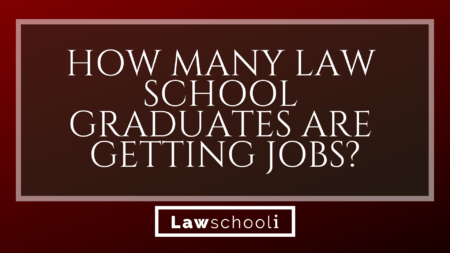 How Many Law School Graduates Are Getting Jobs? 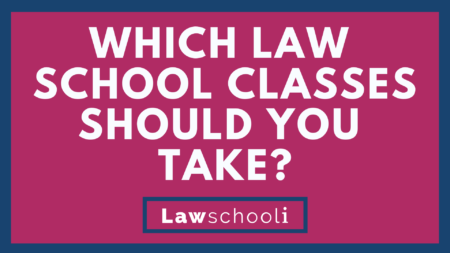 Which Law School Classes Should You Take? A Harvard Study Has The Answer