You are at:Home»Archive»Why It Is A Great Time To Apply To Law School
252
SHARES
FacebookTwitter

Anyone who has read this blog in the past year knows that I’m pretty cautious about sending people on the path to law school. In the wake of the recession, getting into this profession has been a risky proposition for the majority of aspirants. Consider this grim statistic: for recent classes, fewer than 60% of graduating students have found full-time legal employment in the nine months following graduation.

Compare this with more golden times for law students: in the eighties, as much as 85% of each class had found full-time legal jobs by the nine month mark. Historically, the average is about 75%.

Right now we are still running near a historic low, so how on earth do I explain the title of this post? Well, it appears that through these dark clouds a pretty substantial amount of promising light is breaking — we may well be on the verge of a momentous turn-around in the market for lawyers. Right now is looking like a fantastic time to apply to (some) law schools. I hardly believe it myself, so let’s look at some of the numbers.

Conditions are changing not because there are way more jobs available (though there is evidence of green shoots popping up there in the form of more big law jobs), but because so many fewer graduates are coming out of law school. Here is Jordan Weissman, associate editor at the Atlantic and one of the more vocal pessimists to cover the law school beat throughout the legal recession, writing for Slate:

…the key number to keep in mind: 36,000. That is roughly the number of new J.D.s we should expect to graduate in 2016. Getting to that figure is pretty straightforward: In the fall of 2013, 39,700 students enrolled in law school. Given that about 10 percent of each law school class generally drops out, we should expect no more than 36,000 to reach commencement… In comparison, 46,776 law students graduated in 2013. So we’re talking about a potential 23 percent plunge. [source]

Way fewer fresh lawyers are coming off the assembly line, so even without any substantial improvements in legal hiring, the percentage of grads finding full-time legal jobs should bounce back up to healthier levels by the time current entrants graduate. Weissman makes the simple estimate that if current hiring stays even, these 36,000 grads will find 73% of their number hired into full-time long-term legal jobs come 2016. Compared with where we’ve been, that’s a considerably rosier world in which to launch your career.

2017 and beyond could be even better years to finish law school. Don’t expect the bulk of potential applicants to see these numbers and come rushing back into law school — it takes a long time for the majority to process changing conditions in the market. I would guess it will be some years before applicant numbers return to their historical average.

In fact, the early evidence from this cycle is that applications will keep falling: only 21,802 people sat for the June LSAT a month ago. That’s down 9.1% from the prior year. Fewer takers in June has always meant fewer overall for the year, so we should expect another big decrease in LSAT takers, and thereby in law school applicants as well, this year compared with last.

However, before you run to sign up for the LSAT, let me urge caution. It is not suddenly a good idea to go to a low-ranked law school at a high price. As I frequently remind students, that was NEVER a good idea, even during the mid-2000’s boom.

Degree mills such as infi-law’s for-profit law schools are to be avoided at all costs– you don’t want to be attending schools where there is a charged debate about whether these schools should exist in the first place. In fact, if applications stay down where they are, these and many other low-ranked schools may have to close up shop. It is better that your school is still operating by 3L year.

Instead, you want to be in at a great school of your choice with a big scholarship. This way, it is your classmates who are paying more subsidize your education, not the other way around. Law school remains a ridiculously over-priced proposition unless you are attending the truly elite schools or going in with merit aid. Regrettably, a hoped for shake-up in the law school pricing model has yet to materialize. In fact, in the main law schools have only gotten more expensive over the last few years. Sadly, I expect that to continue. 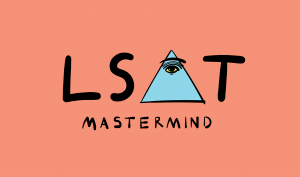 Josh and I are very serious about helping you avoid any risky choice for law school. A dream school with substantial money, that’s the goal. We are so serious in fact that we are scaling back our other business in order to start a new lawschooli.com Mastermind Study Group. This is a closed study group for driven LSAT students to help you get you a great LSAT score. We tested a short version of it for June, and now we are ready to launch the full deal. How it works: we’ll coach you through the entire process of taking the LSAT and getting into law school.

As we are just launching the full Mastermind Study Group, it’s available right now for a low introductory rate. That may sound like a sales pitch (and it is), but it’s simply the truth. It’s a brand new thing. I’m price-testing. Take advantage of your great timing…

We will be able to answer your questions and help you the whole way through, avoiding mistakes that cost time and money. Check it out here.

More importantly, to make the group work, we can only take a very limited number of students. They’ve been filling up fast throughout the day today, so reserve your spot now. If you decide to start down the path to law school, I’m hoping to work with you on this LSAT thing!