We’re on a track to see an increase in LSAT takers, along with an increase in the number of people applying to law school during the 2015-2016 cycle.

After years fleeing law for other professions, it appears the herd is cautiously returning to Law School

This will be the first cycle since 2009-2010 in which the number of LSATs administered has increased. Students flocked to law school in the wake of the financial crisis as unemployment rates skyrocketed. The rising tide of laid off workers and unemployed new graduates flooded law schools with an unprecedented number of applicants as they flocked to the perceived safety of a legal career. 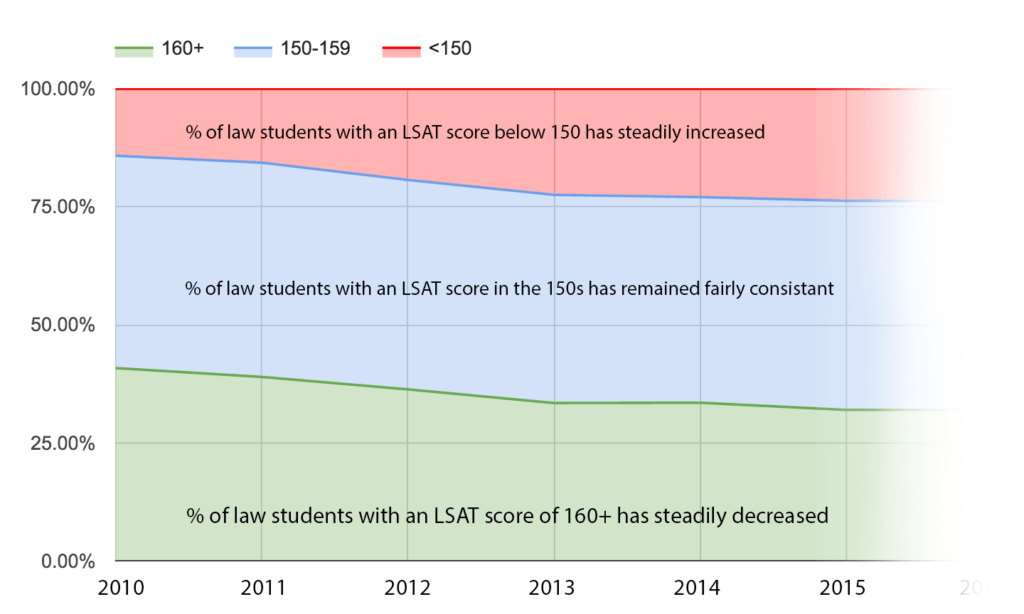 Given the uptick in the number of LSATs administered in the 2015-2016 cycle, we expect that about 86,500 students will have taken the LSAT during this cycle. This would amount to an increase of about 5% over the previous cycle.

What This Means For Law School Applicants

So how do we interpret the anticipated increase in the number of law school applicants?

When more people are applying, I often hear students fear that they need to apply immediately or face stiffened competition next year. There is no reason for immediate concern on this account. Law schools now receive far fewer applications than they would like from qualified applicants, .

It is still the best time in recent history for those wishing to secure large scholarships at a good school. You will be able to do so with numbers slightly lower than what was needed in the past… but rushing to apply with a low LSAT score remains a bad idea, especially if you’re applying late in the cycle.

Will This Trend Continue?

Although the current uptick in LSAT takers is likely to have a limited impact on anyone planning on starting law school in 2016 or 2017, competition could start to get much tougher again if this trend continues.

As we mentioned earlier, LSAT taker numbers skyrocketed when the economy collapsed during the housing crisis, then plummeted as the economy recovered. The same thing happened in the late ’80s/early ’90s with the savings and loan crisis, and in the early 2000s when the dot com bubble burst.

The future of the LSAT depends, in large part, on the strength of the economy. The Number of LSAT Takers and the Dow Jones Industrial Average are almost perfectly countercyclical. It’s actually kind of amazing how close the negative correlation is.

Take a look at this chart comparing the Dow Jones Industrial Average with the Number of LSATs administered from 2008-2016.

If we could predict what the stock market will do over the next couple of years… well… we’d probably be lying on the beach of our private island right now instead of writing this article, so I’ll leave the speculation up to you.